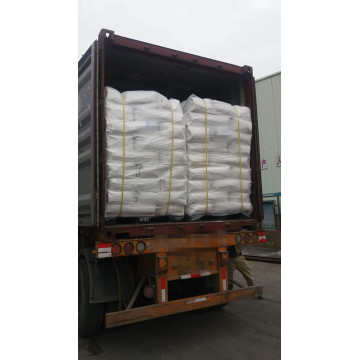 Environmentally friendly, non-toxic, free of heavy metal, non-combustible, extremely easily dispersible in medium and high-grade aqueous pigments, and no thickening. The prepared aqueous paint film is resistance to salt water and ranks first among similar products and it is very stable in storage.


Rust-proof Mechanism:
Chemical anti-rust: Modified phosphate zinc molybdate and organic nitrogen-modified zinc salt which has a sustained release effect undergo a complexation reaction with the substrate surface, forming insoluble passive film and inhibiting corrosion to metal base like steels from the environment.


Main Applications:
It is mainly used in preparation of aqueous pigments. Its performance surpasses that of traditional aqueous anti-rust pigment, such as modified zinc tripolyphosphate, aqueous phosphate zinc, zinc chrome, and strontium yellow. It is widely used in corrosion protection of automobile parts and engineering vehicles and steel structure which have high requirements for environmental protection.

We develop any products is base on accurate market analysis by R&D Center of Matting Agent, Polyethylene wax emulsion and inkjet receptive coating. Their contributions have yielded environmental-friendly products such as the low oil absorption UV matting agent, a compound that was specifically designed to minimize the VOC emission of paints. These Products are the building blocks of eco-friendly alternative engry solutions. Their abilities protect leather and prevent the corrosion of metals make them idea for floor coating, glass paint, and the making of woodenware.

Product quality is always considered as our top priority, we imported a number of advanced testing instruments to enhance quality control and inspection. All of Quanxu products are approved by international recognized safe standards such as SGS and ROHS.

Through sustained growth and expansion, Quanxu Technology strives to become a world-leading supplier of chemical materials. With quality and integrity, we will create an enterprise that can withstand the test of time!!